The first time I read about level 0 funnel dungeons in Dungeon Crawl Classics (DCC) I was smitten. After years of playing in games where the backstory of a character was either non-existent, a re-telling of yet more murdered parents, or something of the sort I was ecstatic to try out the process of the funnel – just for something different at the very least. However, I prefer running games with the Black Hack (TBH) so like many others I decided to hack the Black Hack by incorporating level 0 characters into it for the purposes of running funnel dungeons.

The basic idea of the level 0 funnel dungeon is each player controls multiple characters (around 3 to 4 each) that are considered level 0 (they have less hit points and no class). Each of these characters has some randomly generated occupations and equipment, then are thrust into a deadly dungeon for any reason from greed to bad luck. Only the strongest, luckiest, or most cunning will survive and reach level 1. The modified TBH character creation steps and D12 occupations table are presented below.

Character Creation for The Funnel Hack

Step 1. Follow the “Roll Dice for Their Attributes” (step A) step of the Black Hack character creation process

Step 2. Roll 1d12 on the occupation table below and note any weapon (considered usable even after the funnel despite your chosen class) or gear that accompanies it. This counts as the character’s first background so write a sentence or two that contextualises it

Step 4. Attempt to survive the funnel with the following rule adjustments:

Step 5. Your sole surviving or chosen character now follows the “Swap Two Attributes” (step B) step of the Black Hack character creation process. Remaining surviving characters go about their lives or perhaps they can be recruited as hirelings

Step 6. For your chosen character follow the “Choose a Class” (step C) step of the Black Hack character creation process except when you determine hit points for your level 1 character add the following hit points based on the chosen class to your current maximum hit points instead of rolling any dice:

Step 7. Venture forth into the great unknown as a level 1 Black Hack character with one scarring memory that haunts your dreams

The table below was derived from the D12 Inspiration table in The Black Hack for the purposes of this post. You can roll on this or any other occupation table – just remember that an occupation likely gets a weapon and some useful or interesting gear.

I hope someone finds this a useful tool for starting a campaign in The Black Hack or at least found it to be a somewhat joyful read. I intend to use this as a tool for running Tombs of the Serpent King as a funnel dungeon for my upcoming Black Hack campaign. Leave a comment (if you can?) with any suggestions or thoughts below. 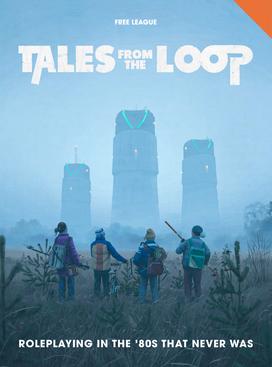